There is still much uncertainty about the effects of climate change on the North Atlantic Ocean circulation, which affects both sea level and temperature in the region. Climate models indicate that the increase in greenhouse gases in the atmosphere over the next decades may cause changes in the Atlantic Meridional Overturning Circulation (AMOC, the ocean circulation responsible for the meridional heat transport).

The AMOC is sensitive to freshwater input into the North Atlantic Ocean, caused for example by the melting of the Greenland Ice Sheet. Changes in the AMOC will affect both surface temperatures over Western Europe and the Atlantic sea level, the latter having consequences for regional sea level changes. It has been estimated that a rapid decrease of the AMOC may lead to a temperature drop of a few degrees over Western Europe. Estimates show that a rapid decrease of the AMOC will lead to an additional sea level rise of about 50 cm in the northern part of the North Atlantic. However, the regional climate changes due to such an event, as well as the changes in extreme events, are not well known due to the relatively low resolution of the climate models currently used.

The goal of the eSALSA project is to increase our understanding of the regional effects caused by changes in the Atlantic Meridional Overturning Circulation (AMOC) by utilizing an eddy-resolving ocean model, the Parallel Ocean Model (POP), to determine sea level changes with an unprecedented level of detail (10 km resolution).

With a team of experts from ocean modeling and distributed computing we are tackling the problem of determining projections of future sea level changes due to changes in the North Atlantic ocean circulation. The technical challenge is to integrate the ocean model under an ensemble of atmospheric forcing conditions for about 100 years such that also the uncertainties and extremes in sea level changes can be determined.

To be able to perform the computations within the duration of the project it is essential to use advanced distributed computing techniques and state-of-the art accelerators such as GPUs. For efficient analysis of the hundreds of terabytes of output data we are developing new visualization techniques and remote collaboration tools. This allows leading climate researchers worldwide to discuss simulation results as soon as they become available. 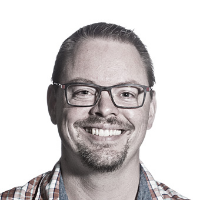 Overcoming the challenge of locality using a community multi-model environment

Arctic impact on weather and climate

The country below sea level

If you are using remote machines to do your computations, and don’t feel like learning and implementing many different APIs, Xenon is the tool for you.