Computer simulation models, for example weather forecasting models, are becoming ever more complex. These models can simulate specific circumstances like atmospheric pressure, temperature rises, or rainfall, and predict the weather one or two days in the future. Developing these models is an iterative process. When it turns out that the weather forecasts does not correspond to actual weather, it may be because a part of the model is deficient, but it can also be caused by a measurement error. To detect which part of the model is deficient, inverse modeling can be applied. Inverse modeling is increasingly important in relation to the trend of remote sensing – applied in all kinds of research (for example in smart cities, climate modeling and hydrological modeling).

The increasing complexity of models due to growing number of parameters (containing lengthier chains of cause-and-effect relations) and the expansion of requirements with respect to spatial and temporal resolution, requires a novel solution. As model parameters represent lumped system properties that can often not be measured at the scale of interest, model calibration (a subset of inverse modeling) is the only solution to parameterizing these models.

It has been shown that Bayesian inverse modeling has much broader application possibilities than model calibration alone. Although the inverse modeling methodology is gaining interest, it is not yet widely used in all domains of science because it is data and compute intensive. It is envisioned that an interactive framework for inverse modeling will contribute to the acceptance of the approach.

To lower the barrier for potential users of the methodology the eSiBayes (eScience infrastructure for Bayesian inverse modeling) project aims at the design, development, implementation and testing of a user friendly interactive framework for inverse modeling based on Bayesian statistics. 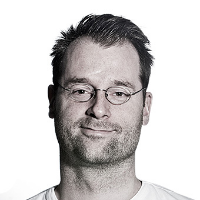