The nature of EU rules: strict and detailed, or lacking bite?

EU rules touch upon virtually all aspects of human and economic life, but little is known about their strictness. On the one hand, the EU is depicted as a factory of detailed rules, strictly regulating national budget deficits (maximum 3%), climate standards, but also e.g. the shape of bananas and cucumbers. On the other hand, EU rules are seen as lacking "bite" because they need to satisfy many competing national interests and local circumstances. A recent example is the EU's COVID travel restrictions policy: instead of common rules for the entire European Union, the EU only agreed on a non-binding traffic light system with 27 different sets of travel rules remaining in place.

Is EU law mostly strict and detailed, or it is generally lacking bite? Does this vary between issue areas, by who exactly are affected by EU law, and has this changed over time? To settle this question, a large scale content analysis is necessary for all European directives and regulations ever adopted. So far, no research project has ever analysed the contents of the full body of EU law. If resources permit, comparisons with strictness of national legislation can also be made. 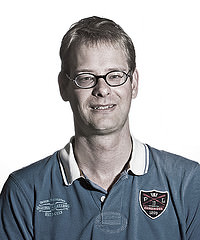