Pillarization is derived from a pillar as a metaphor for a segment in society representing religious, social, cultural or spiritual beliefs and practices, which implies that society is ‘vertically’ divided in several sections (pillars) based on religion or ideology. For much of the twentieth century, Dutch society was divided into four blocks – Catholics, Protestants, Socialists, and Liberals. All political parties and socially relevant organizations and groups were formed around these four blocks. In the Netherlands this phenomenon is referred to as ‘Verzuiling’ (pillarization). Arguably, there have been close connections of political and media organizations on a personal, organizational and content-driven level. This project analyzes and presents the relation between politics and media in a broad period of Dutch history; during and after pillarization in the Netherlands (1910-2000).

With the primacy of politics within each pillar between 1910 and 1965, media content was influenced or even determined to make media loyal and organize consensus in public opinion. For the period 1965 to 2000 the fundamental question is what happened with these close connections of content and personnel when most institutional ties between media and politics have disintegrated. Visualizing long term trends in the connections between media content and aspects of political culture (party names, names of politicians, political issues) can show what qualitative research cannot show: over or under emphasizing congenial or adversarial parties and politicians by certain newspapers or magazines.

PIDIMEHS is a pilot study in an interdisciplinary project combining historical and political communication research with data mining and visualization techniques to analyze and present the relation between politics and media. The pilot research focuses on analyzing and interactively visualizing big data sets based on historical media sources and related material connected to political culture. The long-term historical connections between the content of newspapers and magazines on the one hand and sources of political culture (party journals, yearbooks, Proceedings of Parliament) on the other, will be reconstructed to test the classic thesis of political scientist Arend Lijphart (1968) concerning the pillarization process in Dutch political history.

In experimenting with searching, connecting and visualizing digital media and political sources this project is an interdisciplinary effort of political communication studies, historical science and computational science. It will lay the experimental groundwork in a first set of media sources and thus demonstrate the possibilities of data mining in historical research. Follow up projects – already planned with Institute of Sound and Image in Hilversum and maybe with Huygens Institute – will profit from this groundwork. Other (historical) research using the historical data set from different perspectives with different hypotheses will also benefit. A workbench for digital research into historical media sources (research tools, methodological knowledge, theoretical conceptualisation) is a core deliverable.

The Dutch broadcasting system is unique in the world and was initially conceptualized as a reflection of the organization of Dutch society. Having adopted the social concept of pillarization, Dutch broadcasting in the first place was aimed at reproducing cultural identities for different cultural groups. 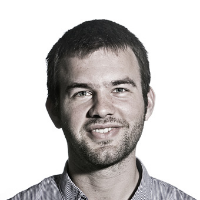 A new approach to the history of parliamentary communication and discourse

Extracting relations between people and events